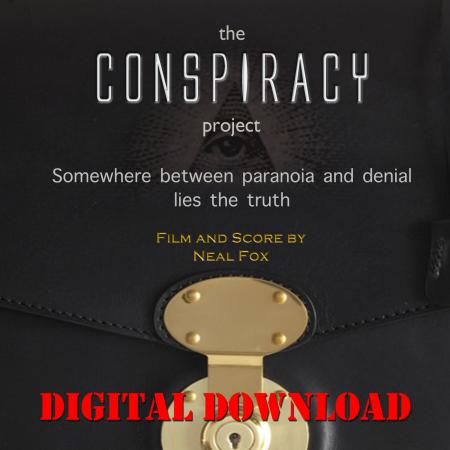 “Somewhere between paranoia and denial lies the truth.”

“ An eye-opening musical documentary on the global conspiracy.”
—Oaxaca FilmFest

“Neal Fox is legend, this man has to be seen to be believed..”
—Del Weston, Action on Film International

“The Conspiracy Project is ground breaking…This man just created the mold, broke it and then made you clap while you watched him do it.”
—Del Weston, Action on Film International Film Festival

“You’re totally awake and it’s a great project to wake other people up.”
—David Knight, The Alex Jones INFOWARS Show

“This is how we change the culture, and begin to get people talking and thinking about true freedom again…”
— Brian McKinney, Sr. Ed., Writer/Reviewer, Music Insider magazine

“The heart and soul of the Liberty Movement.”
— Gigi Bowman, NY Senatorial Candidate

“His style is original, with catchy lyrics and some songs like  “Fuck the Fed” and “They’re Lying” certainly hit the mark of being hilarious political satire but also potent anti-establishment themes.”
—Mark Schwab, Diamond in the Rough Films

“The film is an inspiration of what an artist can do.”
—Larry Jaffe, Poet

“You have many great talents and America needs to find out about you and your extraordinarily important message now!”
— Randy Swanson, Rhode Island Oath Keepers, State Chapter President